Try your hand at this sensational sashimi tuna taco recipe 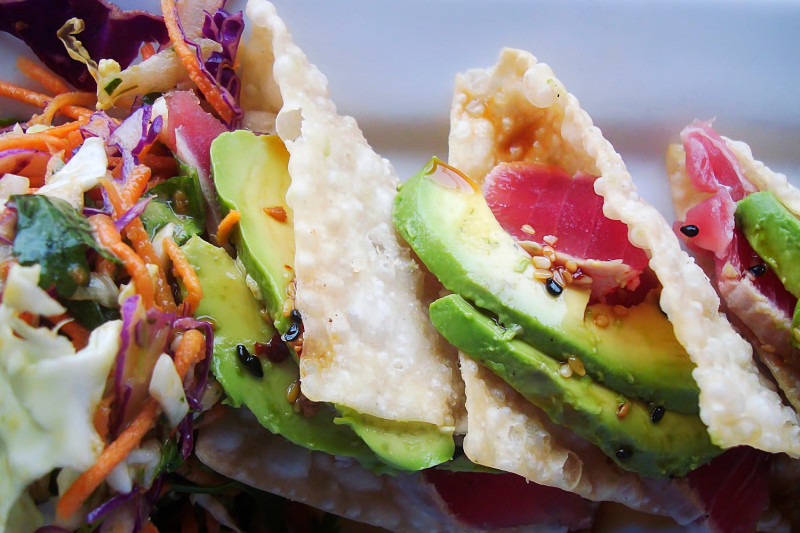 Wonton Shells: You can find baskets specifically made for frying taco shells, but to use them requires a large pot of oil, so they’re best for large commercial fryers. At home, fry the shells one at a time in a small pot, and then form them over an object that will hold their shape. A clean wooden dowel or metal rod about 1 inch in diameter works well.

In a small pot, heat the canola oil to 325°F (165°C). Carefully lay one wonton flat on the surface of the oil, let it fry for a few seconds, and then use a pair of metal tongs to flip it over for another few seconds, until it is very light brown. Pull the wonton out after a total of 8 or 9 seconds.

Quickly lay the wonton at an angle on the dowel or rod, and push the corners down while it is still hot and supple, to form an upside-down triangular taco shape. After it has cooled, it will be crisp, and you can remove it from the rod. Repeat this process with the remaining shells, being sure to check the temperature of the oil before you fry each wonton.

Tuna: A seasoned, oiled cast iron pan works great for the tuna, or you can coat a small sauté pan with about a teaspoon of canola oil. Heat the pan to smoking hot, lay the tuna in the pan, and sear it for 10 seconds. Flip it, and sear the other side for another 10 seconds. Remove the tuna from the pan, and use a very sharp knife to slice the tuna as thinly as you can, across the grain.

Other: Split the avocado in half, remove the pit, scoop out the flesh, and slice it thinly. Divide the tuna and avocado slices evenly among the shells, and line up four tacos on two serving plates.

Place the slaw in a mound alongside the tacos and garnish it with fresh cilantro sprigs. Pour a bit of sesame soy sauce over each taco and serve with sides of pickled ginger and wasabi paste.

In a large bowl, combine all of the ingredients except the cilantro, and whisk them together. Purée the mixture in a blender, in batches, until it is smooth, pouring each batch as you finish it into a covered storage container. Stir the finely-chopped cilantro into the dressing, and use the dressing immediately or store it in the refrigerator.

Toast the sesame seeds lightly in a small sauté pan over low heat, and remove them from the heat to cool. Then put the toasted seeds and all of the other ingredients in a large mixing bowl, and whisk them together thoroughly. Store any unused sauce in a covered container in the refrigerator. 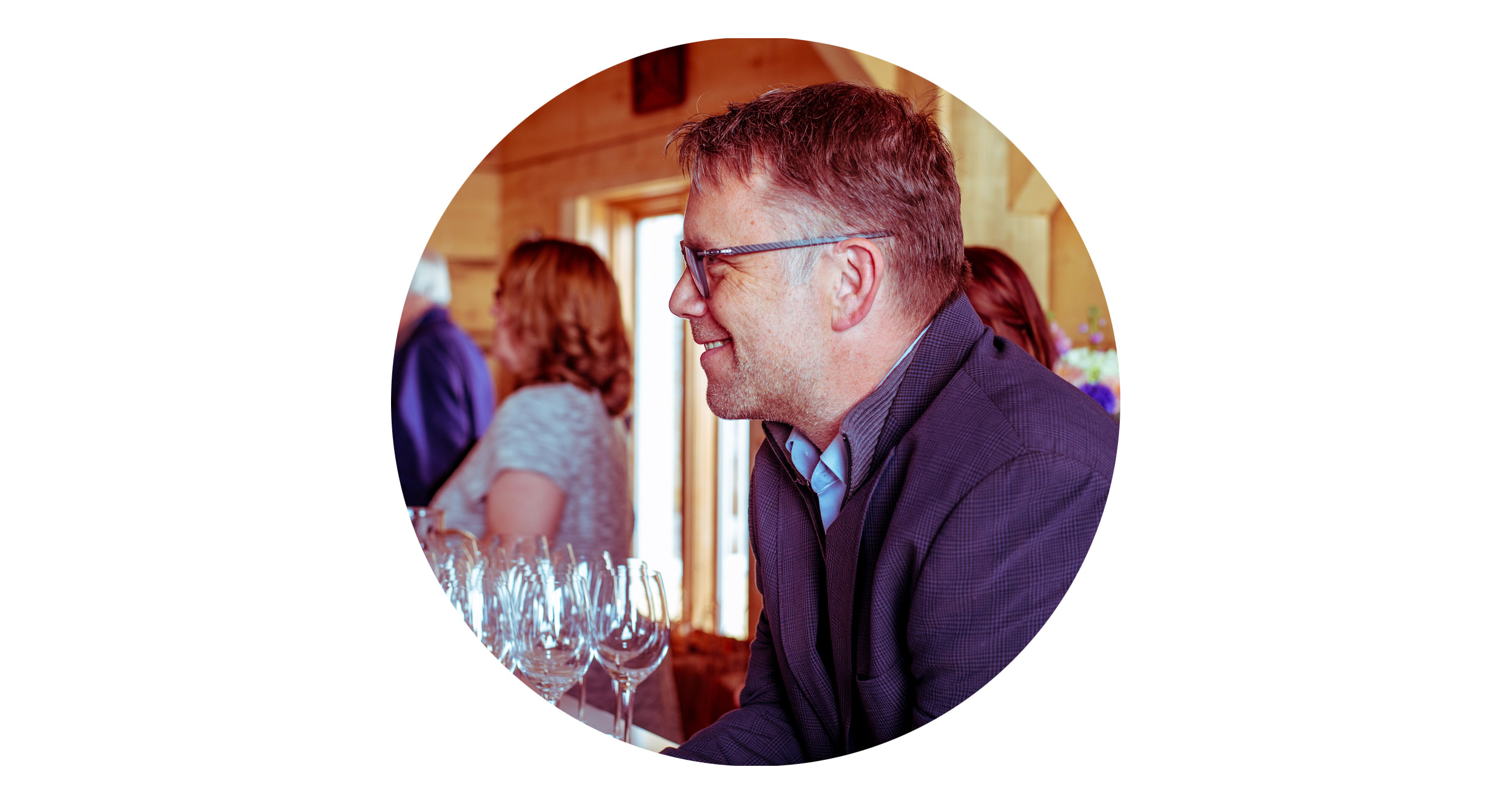 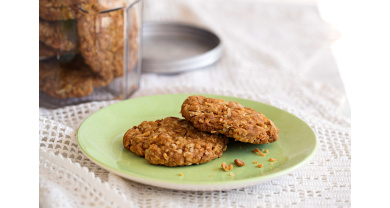 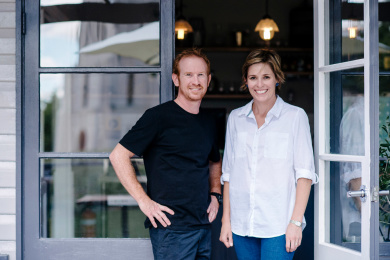 In recognition of Anzac Day, this week we feature a selection of true-blue Australian and New Zealand restaurants who talk about their sustainability and environmental practices. 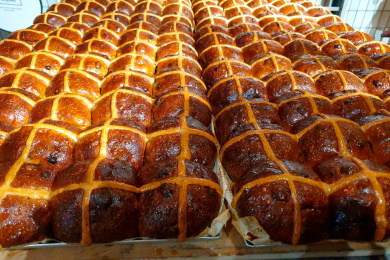 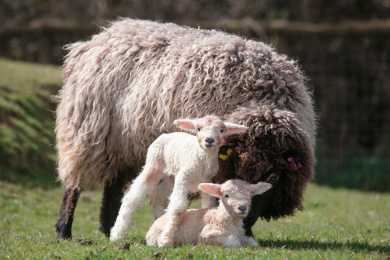 Easter celebrations to suit everyone!